Today we’ll hear from author Celeste Lim, who shares her thoughts on diversity in children’s fiction as part of The Sweet Sixteens’ #SixteensBlogAbout May theme. Born in China and raised in Malaysia, Celeste holds an MFA in Creative Writing from The New School and an MA from Manhattanville College. She is represented by Rosemary Stimola of Stimola Literary Studio and her debut middle-grade novel, THE BRIDE FROM HUANAN, will be published by Scholastic Press in spring 2016.

About THE BRIDE FROM HUANAN: In Medieval China, a girl is sold by her family to become a nursemaid and wife to a toddler husband. With the help of sentient creatures called jing, she discovers internal strength, and a destiny that is foretold to intertwine with her spirit guardian – a great, golden fox spirit.

I grew up jealous of white children.

Though hardly fluent in English herself, my mother had tried very hard to read me English fairy tales when I was young. As a child, I was familiar with Anderson, Grimm and many stories written by Enid Blyton. I remember thinking then, questions like: Where was my snow? Why aren’t there fairies living in our garden? What does a Christmas pie taste like? And especially hated it whenever my mother would say, “We don’t have any of those things here, my dear; they are all in English places overseas.”

I had tried to recapture that feeling in a poem I wrote for a poetry class when I was completing my MA at Manhattanville College: 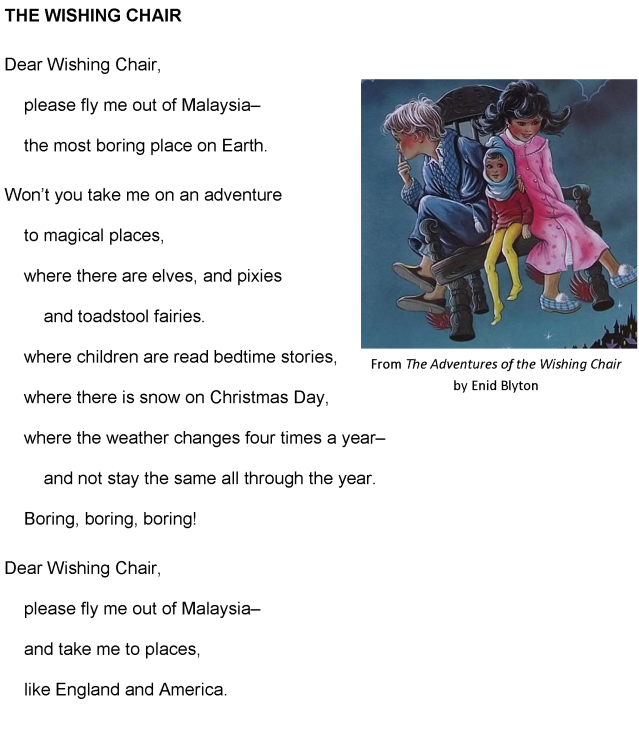 Even as a child, I knew the children in the books I read were different from me and everyone around me. To me, these stories probably read more like high fantasy – the characters lived in a world that resembled next to nothing in mine! So consumed was I with this envy, this desire to live their lives, that I don’t remember the idea of reading a book with a main character of my own skin color ever occurring to me. To my parents and many around me, I lived in my own world – a world inhabited by people with very fair skin.

Enid Blyton influenced my earliest writing, and I finished writing my first book the year I turned 17; it was a story of 71,000 words set in New York City – a place I’ve only ever read about. Understandably, the manuscript has stayed hidden in my drawer ever since its completion.

I do not know quite exactly how to describe my feelings when I eventually did get the chance to experience living in a “white country”. Perhaps I could reimagine my circumstance using Harry Potter, as I am also an avid fan. What if you were a Harry Potter fan, and the wizarding world was an actual place where Muggles were allowed to visit any time?

It would feel as though one day, after having read about Harry and his life in the wizarding world all your life, you discover that you’re actually going there! You finally get to see Hogwarts for yourself, taste Bertie Bott’s Every Flavour Beans, watch a Quidditch game live… it’s the most amazing feeling, and I experienced that when I finally tasted my first grilled cheese that I’ve only ever read about in books. I was 28.

I have experienced many things that an average American might take for granted, and made many dreams come true. And to think that if anyone ever grew up reading books set in places like China, Egypt, India, or heck, even Malaysia, imagine the kind of thrill they would experience when they finally visited these places.

And from that moment on, I truly wanted to become one of writers who could bring magic like that to children. Since then, my main goal in whatever I write has been to give young readers this gift that I had received from authors like Enid Blyton and Roald Dahl long ago – the awareness of many exciting worlds that actually exist beyond where we live – this awareness that had led me on all the amazing adventures away from home that I never would’ve hungered for if I had never been an extremely jealous child.

An earlier version of this post appeared at the Children’s Book Council blog.

This entry was posted in Authors You Should Know, Guest Posts, On Writing and tagged Celeste Lim, diversity, SixteensBlogAbout. Bookmark the permalink.

1 Response to Celeste Lim on Diversity