How I Came to Work with the King of All Agents

Posted on November 7, 2014 by kathymacmillan

This month’s #SixteensBlogAbout theme over at The Sweet Sixteens is “how I got my agent”, so I guess it’s about time I put my story out there. My agent is the amazing Steven Malk of Writers House, who represents, well, a bunch of amazing award-winners. I never would have even considered querying Steve, because I assumed he was miles out of my league. 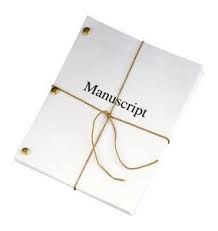 This is where I should back up and say that I had been querying agents with three different novels since 2005. (One day I will sit down and write up my list of query and submission stats like Ellen Goodlett did – it’s a testament to persistence, if a little depressing.) What eventually became my debut novel was the third of these, and I submitted it to 9 different agents before I saw an article in Writer’s Digest about “25 Agents Who Want Your Work Now!” or something like that. When I read about Lindsay Davis at Writers House, a newer agent who was building her client list, I just felt like she would be a good fit. So I sent her a query – and she asked for the manuscript! Then, in January 2009, she responded and said she wanted to work with me to revise the book! The changes she wanted to make were fairly radical, but I decided to throw myself in and trust the process, so I went for it.

Months of revision passed. Yeah, I know there are writers out there who can crank out a revision in weeks, but I am the tortoise, remember? I hacked away at the revision, and then, in September of 2009, I went away for a camping weekend. I knew I wouldn’t have any cell phone reception in the woods, so I left my phone at home. And when I came home, I had a voicemail from Lindsay letting me know that she was leaving the agency and moving out of the country!

BUT. Lindsay had been working under the guiding hand of Steven Malk, senior agent and head of the West Coast office of Writers House, and she told me that he had read my book and was a fan, so he’d be taking me over. And just like that, I was working with The King of All Agents. (I should clarify that Steve would never say such a thing about himself – this is something that some of my author friends call him. Having worked with him, I can only agree with the title!)

Steve is definitely an editorial agent, something I have appreciated enormously over the years. And yes, it has been years of revisions – so many revisions. Four major rounds and one minor round before we even went to submission. But it’s all produced a better book, so I’m not complaining.

As much as I appreciated Steve’s editorial feedback, it wasn’t until we got to the submission stage that I really understood the value of having an agent. Of course I knew there was value in having someone else pitch your work to the right people, but I didn’t realize how much he would consider which editors and houses would be a good match for me and for my book.   For so long I had focused on just trying to sell the damn book – the idea that he was looking at which editorial relationships would actually make the process enjoyable for me was amazing.

I’ve read several interviews Steve has done where he talks about his philosophy as an agent (links at the bottom of this post), and one thing strikes me again and again – he believes in investing in the client rather than the book. For example, in this interview with Alma Fullerton, he says:

“My biggest piece of advice…is to slow down and take your time…Even if it takes you an extra 6 months, year, or 3 years to break through, in the scope of an entire career, that’s nothing if it means doing it right. If you want to have a long, successful career in this field, it’s crucial to present yourself as a professional who’s taking his/her career seriously, as opposed to someone who’s just looking for the first deal that comes along.”

And even though there were (and still are) times when I would like to speed this process up, the tortoise in me really appreciates that approach.

Here are some other places where you can read about my awesome agent: